What Constitutes an Invalid Fee Agreement? 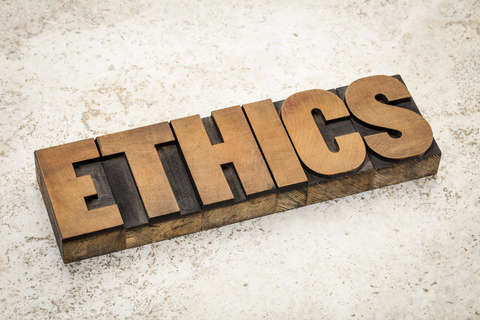 In October 2006, the appellee filed for divorce from the appellant.  Ultimately, the divorce proceedings resulted in a bench trial in September 2009, with the court issuing its Findings of Fact and Conclusions of Law in April 2010 and the decree of divorce being entered in July 2010.  Subsequently, appellant appealed the court’s ruling regarding her divorce.

Appellant also brought a separate action against a trust her husband was a beneficiary of seeking a share of the trust assets, claiming the trust assets were marital property.  Specifically, the appellant sought a declaratory judgment that the trust was null and void, that the trust was revocable as a matter of law, that the appellant was a settlor of the trust, and that she was entitled to an accounting from the trust.  The parties filed cross-motions for summary judgment, and the district court granted the trust defendants’ motion, dismissing the appellant’s claims.  Appellant appealed both the divorce ruling and the court’s dismissal of her claims.

In addressing the reasonableness of the attorney fees requested by the appellant, the Supreme Court noted that the district court found that the hours claimed by the appellant’s counsel were “unreasonably large,” totaling approximately 2,981 hours between January and October 2009, a ten month period.  After addressing other elements of the hours and fees claimed by appellant’s counsel, the Supreme Court stated:

In sum, we conclude that the district court did not abuse its discretion when it declined to award attorney fees to [the appellant]. The court’s careful and thorough review of her request is apparent from its extensive findings of fact and conclusions of law. And despite devoting seventeen pages of her appellate brief to the topic of attorney fees, [the appellant] has failed to marshal any evidence that would support a finding of clear error. Accordingly, we affirm.

In so holding, the Supreme Court determined that the fee agreement allowed appellant’s counsel to acquire an improper proprietary interest in the subject matter of his representation of the appellant.  The appellant entered into two separate fee agreements with her counsel, the first with his previous firm and the second with his new firm.  Both agreements contained paragraphs entitled “Liens,” which purported to grant appellant’s counsel’s firms a contractual lien on the entirety of any award the appellant recovered in her divorce case.

The issue before the Supreme Court was whether the liens in the fee agreement could stand muster under Rule 1.8.  The plain language of Rule 1.8 only authorizes liens that are “authorized by law.”  In order to meet this exception, appellant’s counsel relied on Utah Code § 38-2-7(2), which grants attorneys a lien on any money of property owned by the client as a security against unpaid fees.  However, as the Supreme Court ultimately concluded, § 38-2-7(9) specifically prohibits liens in domestic relations matters “unless a final order of divorce has been secured.”  In the appellant’s case, the liens and the UCC-1 filing statement attempting to perfect the lien went into effect prior to the entry of the decree of divorce.  As a result, appellant’s counsel’s fee agreement, which attempted to acquire a lien in the entirety of the appellant’s share of the marital estate ran afoul of Rule 1.8 and § 38-2-7(9).

Next. The Supreme Court addressed the reasonableness of appellant’s counsel’s fees under Rule 1.5.  There, the Court determined that the claimed fees were unreasonable, stating:

In short, for all the thousands of hours billed by [appellant’s counsel] in the course of this litigation and his more than $2.1 million bill, the results he obtained for [the appellant] could only be characterized as extremely disappointing from her standpoint. Indeed, [appellant’s counsel’s] multimillion dollar bill, if allowed to stand, will consume the entirety of [the appellant’s] property award. When an attorney proceeds competently, but nonetheless is unsuccessful for his client, we ascribe no error. But when an attorney consistently fails to perform basic skills in a competent manner, and the client is harmed as a result, we will not allow that attorney to collect patently unreasonable fees.

Finally, the Court turned to the issue of whether or not appellant’s counsel should be referred to the Office of Professional Conduct.  According to the Court:

Accordingly, the Supreme Court referred appellant’s counsel to the Office of Professional Conduct.  This case supplies a good lesson for attorneys regarding the nature of their fee agreements, especially in domestic relations matters, as well as the reasonableness of the fees they claim.