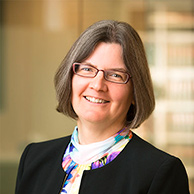 Karra Porter is a true lawyer’s lawyer.  In addition to managing a law firm (Christensen & Jensen) for 20 years, she regularly represents lawyers and law firms in malpractice claims, and has been hired in many lawyer v. lawyer disputes (e.g., law firm “divorces” and fee-sharing arrangements).  She has tried cases involving disbarment, breach of fiduciary duty, attorney negligence, and fee disputes, and has “fixed” numerous adverse rulings on appeal with a win rate of nearly 90 percent. Karra also does fix-its at the trial court level:  In one recent example, Karra was called on a Friday afternoon about a dismissal of a lawyer’s case that had not yet been signed, and by Monday, she had filed a motion to revise the non-final ruling.  The trial court agreed with her analysis and reversed its earlier ruling, avoiding a malpractice claim and allowing the client’s case to be heard on the merits. Karra served on the Utah State Bar’s Ethics Advisory Opinion Committee for six years. 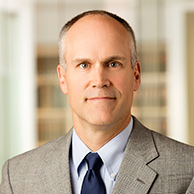 George has been a member of the Utah Bar for more than 20 years and has represented attorneys in a variety of situations. George has been retained by insurance companies, and directly by law firms, to represent lawyers and law firms accused of breaching legal duties. He has succeeded in getting claims dismissed on motion or settled before a complaint was filed and the alleged malpractice made public. George has also helped lawyers avoid potential malpractice claims by taking over problematic cases and by assisting with technical issues and litigation strategies. George has been lead counsel in more than 20 trials in state and federal court. George is AV rated and has been recognized as Utah Business magazine’s “Legal Elite” in the category of Civil Trial work each year since 2006.

George has given several continuing legal education presentations on avoiding legal malpractice and trial skills. George has been a member of the executive committee of the Utah Bar Litigation Section since 2003 where he has served as secretary, treasurer, and chair. 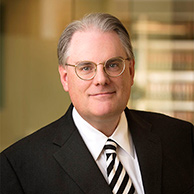 Phil joined the Utah Bar in 1981. He has represented a wide variety of professionals, including lawyers, in malpractice cases for virtually his entire career.  He has handled Bar complaints as well as the more traditional E&O Claims.  While most of the legal malpractice cases Phil has defended arise in the litigation setting, he has defended cases arising out of the transactional (real estate, bankruptcy, adoption, etc.) context, the mediation context, and in the pre-suit settlement negotiation context.  He has evaluated coverage for parties on both sides of the “v.”

Phil has also given CLE courses involving a variety of ethical issues and practical solutions to modern-day practice problems.   He consults with lawyers seeking to avoid sticky situations and exploring early solutions to potentially troubling developments. 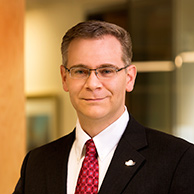 Stephen is a shareholder at the office of Christensen & Jensen PC, in Salt Lake City, Utah.  He earned his J.D. degree from the J. Reuben Clark Law School, and Master of Dispute Resolution from the Straus Institute for Dispute Resolution at the Pepperdine University School of Law.  Mr. Kelson has represented in-state and out-of-state attorneys in the pre-litigation and litigation of legal malpractice claims since 2002.  He has represented attorneys in claims made by the Office of Professional Conduct, and by former clients, including allegations of breach of fiduciary duties, involving statutes of limitations, discovery practice, trial practice, transactional work, fee disputes, real estate transactions, civil conspiracy, and fraud.