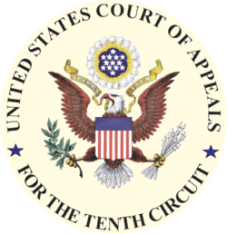 According to the Order, in November 2015, an attorney for appellant Timothy Blixseth filed an entry of appearance in Mr. Blixseth’s appeal to the Tenth Circuit, which seeks to revive a racketeering suit against Cushman & Wakefield and Credit Suisse.  By filing his notice of appearance, Mr. Blixseth’s counsel triggered his obligation to apply for admission to the Tenth Circuit bar under Rule 46.2(A) the Order says.

Mr. Blixseth’s attorney was ordered to show cause on or before February 22, 2015 “why he should not be removed as counsel for the appellant, and why he should not be disciplined by this court for his failure to take the action necessary to comply with our local rules in the nearly three months since he was first notified of this deficiency.”

Order to Show Cause “Discharged”

According to a subsequent Order from the Tenth Circuit, the previous Order to Show Cause has been “discharged,” but Mr. Blixseth’s counsel “remains required to submit a certificate of good standing forthwith.”