Conflict of interest missed by attorney 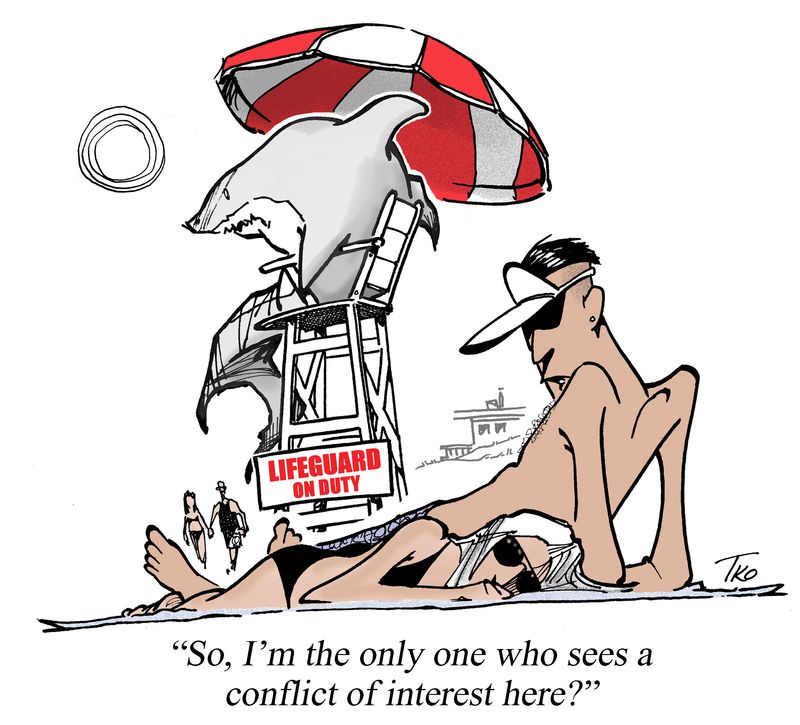 An attorney dually representing Caesars Entertainment’s operating unit and its private equity owner Apollo Global Management LLC created a conflict of interest during the time the attorney’s firm was working on a number of controversial transactions involving the casino conglomerate.  The findings regarding the conflict of interest were detailed in a report prepared by a Chapter 11 bankruptcy examiner tasked with investigating potential claims Caesars Entertainment Operating Co. (“CEOC”) creditors may have made against its parent company, Caesars Entertainment Corp. (“CEC”), and private equity owners of Apollo and TPG Capital.

While a Conflict of Interest Existed, Any Claims Would Likely be Meritless

Even though the bankruptcy examiner said the attorney should have recognized that the conflict of interest existed in his dual representation of CEOC and CEC, the examiner said any potential claims creditors could bring against the attorney’s firm would likely be meritless because the evidence indicates that the attorney and/or other attorneys at his firm did not knowingly engage in any practices that would have harmed CEOC creditors.  The report said:

Although the [conflict of interest] was real, and [the] lawyers should have recognized the need for independent directors and advisors at CEOC by no later than late 2012 – early 2013, and advised its clients accordingly, the evidence does not support a conclusion that [the] lawyers knowingly acted at any time to injure or prejudice CEOC or its creditors.

Lawyers are not Financial Advisors

According to the bankruptcy examiner, CEOC has been bankrupt since approximately December 2008, but that it is not clear that the conflicted attorney should have recognized that CEOC was bankrupt at that time.  The examiner stated that assessing CEOC’s “potential insolvency is a complex issue,” and, as a result, the conflicted attorney’s firm may not have realized a potential conflict of interest even existed.  “Lawyers, after all, are not financial advisors and have neither the responsibility, nor likely the skill, to perform solvency analyses themselves,” the report said. “But whether an entity is solvent is a mixed question of law and fact.”

Ultimately, the bankruptcy examiner investigated the conflicted attorney and his firm for potential claims of conflict of interest, malpractice and aiding and abetting a breach of fiduciary duty.  The bankruptcy examiner concluded that he does not believe any claims exist against the law firm that formerly represented CEOC.

The conflicted attorney’s firm has argued that all of the transactions the examiner investigated, including the two in which he found the firm was probably conflicted, were intended to benefit both the parent and subsidiary so there was no conflict.  Moreover, the law firm said, the potential for conflict would only have arisen if the operating company was insolvent, and, as far as the conflicted attorney’s firm knew, the company was above water when the law firm advised on restructurings.  Among other things, the firm said, the operating company was still paying bills.

However, the bankruptcy examiner disagreed, stating, “Paying current bills is not the legal definition of solvency, and saying transactions were in the interests of creditors begs the real question since an independent counsel might have assessed the merits of these transactions, from (the operating company’s) perspective, differently.”

Even still, the examiner said that solvency “is a mixed question of law and fact,” and “insolvency creates a potential conflict before a bankruptcy becomes probable.”  Therefore, lawyers/law firms who want to avoid embarrassment similar to the Caesars report should never assume there is not a conflict of interest in dual representation of a parent and operating company as long as the latter is not on the brink of bankruptcy.  Lawyers, while not required to be financial advisers, are required to perform competent conflict of interest checks even if a potential conflict of interest is not readily apparent.  The last thing an attorney and/or his or her law firm wants is to be publicly labelled as incompetent.