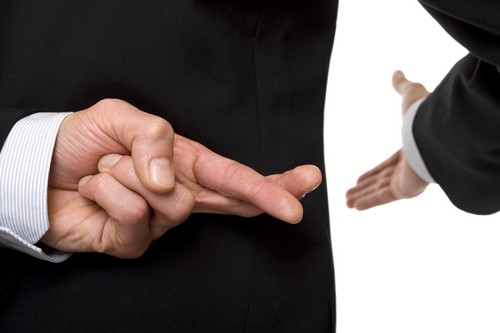 In a recent decision, a Utah federal district judge denied a defendant’s bad faith motion for attorney fees arising out of claims brought by the plaintiff.  In Lauer v. Credit Control Services, the court was asked to determine whether the plaintiff filed his claims in bad faith, as well as whether defendant was entitled to attorney fees under either 15 U.S.C. § 1692k(a)(3) or 28 U.S.C. § 1927.  Ultimately, the court ruled that “[b]ecause the entirety of [plaintiff’s] action was not brought or pursued in bad faith, and because [plaintiff’s attorney] did not unreasonably an vexatiously multiple the proceedings in pursuing [plaintiff’s] claims, [defendant’s] Bad Faith Motion is denied.

As a result of plaintiff filing his amended complaint, the defendant’s initial motion for summary judgment was construed as a motion for partial summary judgment, which was eventually granted.  The court’s order stated that the defendant was entitled to rely on AT&T’s representations regarding the debt’s validity as a matter of law.  Accordingly, the order concluded that defendant had not violated the FDCPA.  Defendant’s second motion for summary judgment was also granted, with the court concluding that as a matter of law the transcripts of the four calls from defendant to plaintiff demonstrated that defendant’s representative complied with the FDCPA by stating the caller’s name and that the call was on behalf of defendant.

Following the court’s granting of defendant’s two motions for summary judgment, the defendant claimed that plaintiff and his counsel “pursued plaintiff’s claims without evidence or legal authority and that their conduct should be viewed as nothing less than bad faith, done for the purpose of harassing [defendant].”  Defendant claimed that on account of the aforementioned behavior, defendant was entitled to attorney fees under 15 U.S.C. § 1692k(a)(3) and 28 U.S.C. § 1927.

Pursuant to 15 U.S.C. § 1692k(a)(3), an award of attorney fees is only appropriate if the district court finds that the actions “was brought in bad faith and for the purpose of harassment.”  In order to recover under § 1692k(a)(3), a defendant must show that the entire action, not just an individual claim, was brought in bad faith.  Or in other words, if a defendant can show that the plaintiff knew the “claim was meritless and that he pursued the claim for purposes of harassment,” then “the court may award to the defendant attorney’s fees reasonable in relation to the work expended and costs.”

Alternatively, under 28 U.S.C. § 1927, “[a]ny attorney or other person admitted to conduct cases in any court … who so multiplies the proceedings in any case unreasonably and vexatiously may be required by the court to satisfy personally the excess costs, expenses, and attorneys’ fees reasonably incurred because of such conduct.”  However, unlike the all or nothing approach of § 1692k(a)(3), § 1927 allows for the recovery of attorneys’ fees on individual claims.  More importantly, § 1927 only allows sanctions against counsel and not against his or her client(s).

Sanctions under Subsection 1927 Only Available Against Attorney, Not Party

Sanctions under § 1927 against an attorney are appropriate when the “attorney is cavalier or bent on misleading the court, intentionally acts without a plausible basis, when the entire course of the proceedings was unwarranted, or when certain discovery is substantially unjustified and interposed for the improper purposes of harassment, unnecessary delay and to increase the costs of litigation.”  Furthermore, because § 1927 sanctions are meant to be penal in nature, “an award should be made under § 1927 only in instances evidencing a serious and standard disregard for the orderly process of justice.”

As it related to plaintiff’s initial FDCPA claim, the district court that it was not brought or pursued in bad faith and did not unreasonably and vexatiously multiply the proceedings.  There, the court concluded:

Turning to the other FDCPA claims related to the four calls by defendant to plaintiff, the court concluded that neither claim unreasonably and vexatiously multiplied the proceedings against defendant.  The court determined that it was unclear from the materials presented that the plaintiff received the four phone calls from the defendant.  However, it was clear that plaintiff’s counsel did receive the transcripts of the four phone calls when defendant attached them as an exhibit to its second motion for summary judgment.  In light of that fact, the court said that plaintiff’s counsel was obligated to re-evaluate Lauer’s claims and avoid prolonging meritless claims.”  In the court’s view, once plaintiff’s counsel received and read the transcripts of the recordings:

While the court took issue with plaintiff’s counsel’ conduct, it concluded that:

Plaintiff’s counsel’s challenges to the phone calls to plaintiff centered only upon call three, as he admitted that the other three calls strictly complied with § 1692e(11).  Defendant responded that it should not be held liable under the bona fide error defense.  In response, plaintiff’s counsel argued that, while defendant’s violation was unintentional and a bona fide error, there was a problem with defendant’s in-house debt collection procedures.  The court determined:

Though it was ultimately determined that [defendant] did provide sufficient undisputed evidence to demonstrate that it did not violate § 1692e(11), [plaintiff’s counsel’s] reliance on Riddle was a colorable defense to [defendant’s] Motion on the Collection Calls.  Therefore, [plaintiff’s counsel’s] continued pursuit of [plaintiff’s] § 1692e(11) Claim was not in bad faith and the opposition to [defendant’s] Motion on the Collection Calls did not unreasonably and vexatiously multiply the proceedings.  Accordingly, [defendant] is not entitled to an award of attorneys’ fees under § 1927 on Lauer’s § 1692e(11) Claim.

This case provides several different important takeaways.  First, the case highlights the continued need for counsel to reevaluate their client’s case in light of new evidence and/or evidence submitted as exhibits to the opposing party’s motions.  Second, in order to recover attorney’s fees under § 1692k(a)(3), a defendant must show that the entire case is without merit, not just any individual claims.  Third, § 1927 only allows sanctions against an attorney and not his or her client.  Finally, even though § 1927 only allows claims against attorney, the conduct rising to the level warranting sanctions must amount to “a serious and standard disregard for the orderly process of justice.”