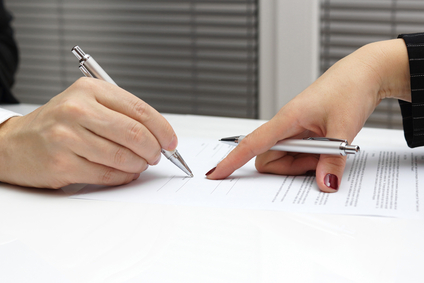 On September 10, 2013, Plaintiffs’ son was pursued by several Utah police officers, shot, and killed.  The decedent’s mother hired a local Utah law firm that specializes in civil rights, who filed a civil rights claim on the mother’s behalf.  C&J was retained as counsel for the decedent’s father.

After the complaint was filed, the parties entered into settlement negotiations.  During the summer of 2015, the parties drafted a settlement agreement in which Defendants agreed to pay the Plaintiffs approximately $900,000 in exchange for a full release of liability (accompanied by a press release) and a non-disparagement clause.

In the time after the complaint was filed, the parties attempted to mediate their dispute, but a resolution was never reached.  However, even though the mediation was unsuccessful, the parties agreed to keep settlement negotiations open.

The Parties Agree to Settle

On July 8, 2015, the Plaintiff emailed to her attorney that she was willing to reluctantly accept $850,000 to $900,000 in order to settle the case, but that she wanted her attorney to push for $1 million.  Five days later, her counsel emailed Defendants’ counsel stating that he and the decedent’s father’s counsel would like to take another go at getting the case resolved.

After some negotiations by the parties, the parties ultimately agreed to a $900,000 settlement in early August 2015.  The settlement agreement was mailed to Plaintiff’s counsel at that same time.  Additionally, the parties began working on respective press releases to publicize the settlement upon entry of an order of dismissal given the overwhelming media attention the case had garnered.

Plaintiff Tells Her Attorney She Will Not Accept Settlement, and Subsequently Fires Him

After ironing out a few more details regarding the press releases, the two sides agreed to a final settlement.  Subsequent to agreeing on the settlement, Plaintiff and her counsel had series of private communications, in which the Plaintiff said she would not sign the settlement agreement.

The Plaintiff contended that her counsel did not have the actual or apparent authority to bind her to any settlement.  Plaintiff further contended that even if her counsel had authority, no contract was formed because there was no meeting of the minds on material terms of the agreement, namely the non-disparagement clause and the release (with the accompanying press release).

The court determined that Plaintiff’s counsel did have the requisite authority to bind her to the settlement agreement.  There, the court said:

The Defendants do not point to any agreement or case law entitling them to attorney’s fees. Instead, the Defendants rely on the court’s inherent authority as a basis for sanctions. The court declines to exercise that authority because such an award is not equitable in this case.

Finally, the court addressed Plaintiff’s counsel’s Notice of Attorney’s Lien that he filed in September 2015.  There, the court ordered Defendants to place $900,000 into the Registry of the court, and said the court would hold a conference with the parties to decided how to distribute the settlement funds in light of the attorney’s lien.

The Importance of Written Communications With Your Client

This case illustrates how important it is for an attorney to obtain explicit authority from his or her client to settle on their behalf, and how all material terms of a settlement must be worked through with a client before any settlement is accepted.  Furthermore, this case underscores the importance of putting communications with a client in writing, because without such written communications, Plaintiff’s counsel in this case may have been hung clean out to dry.