Sanctions for attorneys who fail to investigate insurance 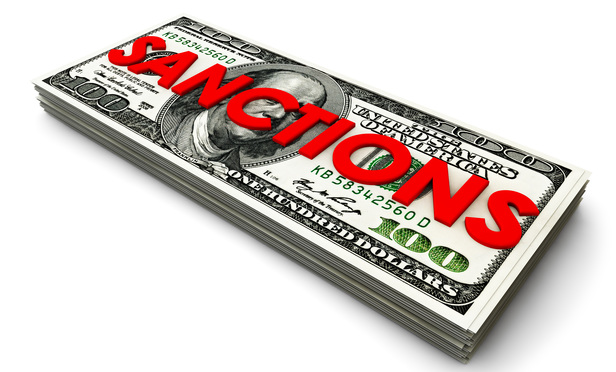 Under Federal Rule of Civil Procedure 26, a party is required to include as part of its initial disclosures “any insurance agreement under which an insurance business may be liable to satisfy all or part of a possible judgment in the action or to indemnify or reimburse for payments made to satisfy the judgment.”  If a party fails to disclose the existence of an insurance policy under Rule 26, then a court may sanction the party and/or its attorney pursuant to Rule 37.  Therefore, attorneys need to make certain to investigate their client’s insurance in conjunction with their other duties under Rule 26, or face possible sanctions.

Several recent cases provide examples of where a court has issued sanctions to a party’s attorney for the failure to investigate and disclose the existence of a client’s insurance policy.  These recent cases make clear that courts are becoming increasingly inclined to hold defense attorneys’ feet to the fire when it comes to having a basic understanding of insurance.

In Palacino v. Beech Mountain Resort Inc., a U.S. District Court in North Carolina ordered an insurance defense lawyer to pay $1,000 as a sanction for failing to properly discuss and review the applicable insurance her client had for a claim.  If the attorney had properly investigated her client’s available insurance, she would have discovered a $10 million umbrella policy, which was above the first $1 million layer of commercial general liability insurance.

Rule 26 requires disclosure of an insurance policy as part of a party’s initial disclosures.  In Palacino, the umbrella policy was not disclosed until after mediation and after discovery had closed.  The court found that the defendant’s failure to disclose the existence of the umbrella policy until after mediation and after discovery had closed was a violation of Rule 26.  According to the court, “Defendant was legally obligated to disclose both [insurance] policies in its Initial Disclosures, and its failure to do so violated its obligations under the Federal Rules of Civil Procedure and the Court’s Pretrial Order.”

In disclosing only the existence of the $1 million commercial general liability policy, the attorney failed to investigate the full range of her client’s potential insurance coverage.  In defense of her actions, the defense attorney submitted an affidavit to the court, which stated that, in relation to her Rule 26 disclosure duties, the attorney asked the Risk Manager for Defendant to provide her with all applicable insurance policies.  However, the court said that this was not enough.  Instead, the court noted that the attorney’s affidavit did not state that the attorney “independently verified the completeness of the information provided” or that “additional steps [were taken] to ensure that the information” provided in the Initial Disclosures was complete “or that a reasonably inquiry was made prior to providing the Initial Disclosures.”  In the eyes of the court, the attorney should have been able to tell the court she had undertaken an independent inquiry to verify the information provided to her by the Risk Manager, but she could not.

While the court found that the attorney should have gone further in investigating her client’s available insurance, the court did not give any guidance as to how an attorney could make the proper showing that he or she made “a reasonable inquiry [into insurance policies] was made prior to providing the Initial Disclosures” other than asking the Risk Manager – presumably the most knowledgeable employee of the defendant – to provide all insurance policies.  Even still, the court’s decision at least makes clear that more than just asking a client’s Risk Manager about potential insurance coverage is required.

In Sun River Energy, Inc. v. Nelson, the Tenth Circuit Court of Appeals affirmed an approximately $20,000 sanctions award entered against a plaintiff’s attorney for failing to disclose the company’s directors and officers insurance policy in its initial disclosures.  There, the plaintiff had a directors and officers insurance policy that arguably provided coverage for certain counterclaims the defendant may have made.  Yet, by the time the policy was disclosed, any potential coverage under the policy had lapsed.

In issuing the underlying sanction, the court said that the plaintiff’s attorney never “took a serious look at whether there was applicable insurance” and “exhibited deliberate indifference to the obligation of providing relevant insurance information under Rule 26.”  The court rejected the attorney’s argument that “counsel need not bother to review the actual terms of an insurance policy . . . before denying the existence of the potential coverage, so long as he believes the existence of coverage would be very unlikely or unusual.”  Instead, the court determined that defense counsel has an obligation to review all applicable insurance and provide that information as required by Rule 26, which means that a defense attorney must have at least enough knowledge about insurance to properly determine whether a given insurance policy will potentially provide coverage against a claim.

N.Y. State Court Holds Attorney Can Be Liable for Negligence/Malpractice for Failing to Investigate Client’s Insurance

The final illustrative case of an attorney’s duties to investigate his or her client’s insurance coverage is Shaya B. Pacific, LLC v. Wilson, Elser, Moskowitz, Edelman & Dicker.  In that case, a New York court held that an attorney could be held liable for negligence and/or malpractice if the attorney failed to investigate his client’s insurance coverage for a claim or for failing to notify the client’s insurer of a claim.  Even still, the court said any questions of negligence would turn on the scope of the agreed representation.  Accordingly, attorneys must properly clarify the scope of their representation with their client in writing at the outset.  If not, then attorneys run the risk of being found liable for failing to investigate potential insurance coverage for their client.

The aforementioned cases make clear that even attorneys who don’t practice in insurance coverage need to have a basic understanding of insurance policies and whether they provide coverage for a given claim.  If a client’s insurance policy covers a claim, then it must then be disclosed under Rule 26, or an attorney and/or his or her client face potential sanctions under Rule 37.